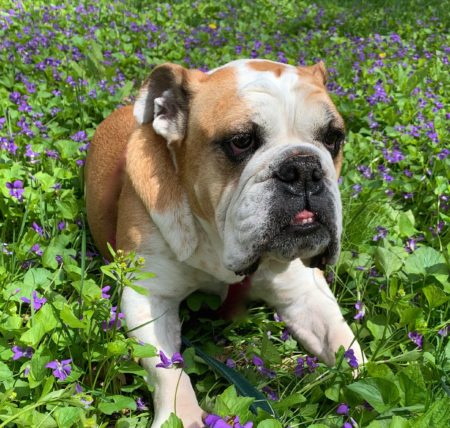 Pro vs Pre Biotics in Horses

When talking with horse owners, it seems that many are unclear about pre and pro biotics. Understanding that they are helpful, many folks don’t know why, how, or what to give. Those that give one or the other to their horses consider it ‘covered’, often without even knowing which they are giving, why or how it affects their horse.

Probiotics and prebiotics are different, and in my experience, offering the correct one can be extremely beneficial to the horse. This paper is a culmination of internet research combined with expert and personal experience, offering an easy to read summary that will save you time and help your horse. It is not a substitute for veterinary advise. Should you consider a change in diet or supplementation for your horse, always check with a veterinarian.

I have said many times that the two most important systems in your horse are the gut and the feet. And that these two systems are connected. The ‘gut’ has become a somewhat generic term meaning different things to different people. In this writing ‘gut’ refers to the hind gut of the horse, which is the large intestine. While the horses ‘gut’ is a complex structure, a typical horse owner will not fully understand, there are some basic facts that we have a responsibility to know. In my experience, gut health is at the core of many concerns and cannot be overlooked if you want to have a healthy horse with healthy feet. The hind gut is located behind the small intestine in the path of food digestion. Digestion performed in the hind gut is primarily done by tiny organisms, rather than enzymes.

There are thousands of species, and billions of individually naturally occurring organisms living in your horse’s hind gut. This is true for every horses at every moment. This is normal. These gut organisms may be referred to as microorganisms, bacteria or flora. Generally speaking, each of these tiny organisms fall into one of two categories; good organisms (=beneficial) and bad organisms (=harmful). Your goal is not a total obliteration of one category (i.e. the bad organisms), but rather a healthy balance between them. Unfortunately, this balance between good and evil is very delicate and almost everything we do in our keeping of domestic horses today, plays havoc on that balance.

If you offer a ‘biotic’, which do you give? Is there a difference and if so, which does your horse need? How and when do you give it?

Probiotics are good, live organisms. They are just like the one’s already in your horse’s system.
Prebiotics are food or nourishment for the good organisms.

Does it matter which approach you take to creating the desired balance? I believe it does.

Offering a probiotic and increasing the number of good organisms is a good step and likely you have seen good affects when giving it. Often once off the probiotic the symptoms return and you give it again. There are many different probiotics on the market and these differ by the specific kind and number of organisms they contain. Probiotics are live organisms (very small so you can’t see them but nevertheless, very much alive) and there are some logistical issues when offering probiotics to be sure they are effective (offering dead organisms is not helpful). Most probiotics are used in the stomach and early parts of the intestine (small intestine). Probiotics are good and they will help but they have limitations.

To me, a better approach is offering the building blocks for the naturally occurring organisms in your horse’s gut. This means offering a PREbiotic. Prebiotics are the nutrition for the organisms. Building, or flourishing, or developing the “good” flora (by giving a prebiotic) allows the gut to manage itself more effectively on its own, minute by minute and day by day as the needs change. In addition, prebiotics traveling through the digestive system often make it all the way to the hind gut, which is where the microbial digestion primarily takes place, and the nourishment for the microbes is needed.

I look at it this way….let’s say you have a large army of tiny soldiers at war in your gut continuously maintaining the delicate balance between good and evil. The good soldiers are weak and tired for lack of food. Because of their weakened condition they are barely holding their own against the bad guys and there is a constant fight at the front lines. Some days the good guys prevail, some days the bad guys prevail but overall, both sides teeter around the line. All of a sudden, there is a horrible assault (some examples include trailering, vaccinations, excessive parasites, chemical wormer given, disagreeable weed in hay, new horse in the paddock, partner horse taken away, processed grain, processed grain in bulk, a change in the weather, confinement in a stall….), and your good guys simply don’t have the extra strength to fight harder. That is

a day the bad guys win. For the next several days there are more assaults to the front lines (a multiple day show or event, the wormers and vaccinations you initially gave still actively doing their ‘work’, another change in weather and another and another, more processed grain, more stall rest….). Eventually your hard fighting good guys just cant hold the line any longer, and the bad guys gradually gain a little ground. Several days of a little ground eventually turns into going deeper and deeper into enemy territory. Your bad guys have gotten slowly but surely ‘over the line’. In the end, the good guys are outnumbered and your horse gets an upset stomach, is cinchy around the girth, has weight loss, looks lethargic, has a dull coat, seems slightly ‘off’, has a poor ‘attitude’ in training, refuses to bend, has poor quality hoof). The assaults continue (more wormers, vaccinations, stall rest, trailering, weather, etc, etc). And the cycle continues. Too many assaults, too many bad guys, weak and ineffective good guys, too many lost battles and you end up with a ton of problems.

So what can you do? You have two choices. You can:

A) Send in more soldiers (probiotic) who before long will also be weak and tired and unable to stand up to the on going assaults.

B) Get the soldiers you have up to snuff (prebiotic) and let them start fighting back!

Recommendations:
Begin a daily regimen of a high quality PREbiotic (take better care of the soldiers you have). Adding a prebiotic daily will nourish the good organisms so they can flourish! If you suspect you have an acute imbalance in your horse’s gut flora, you may want to also add a high quality probiotic for 30 days (put more soldiers on the front line). A healthy amount of healthy organisms in the hind gut, will keep the hind gut healthier!

Lastly, if possible, consider helping the ‘biotics’ by eliminating or reducing the daily assaults! Eliminate grain or if you cant eliminate it (which I don’t buy), reduce the bulk of

the grain in each feeding; feed less grain and more fiber. Consider the effects of vaccinations and chemical wormers and if you must use these, increase the prebiotic before, during and for 3 days after their administration (the assault!). Be mindful of the affects of trailering, showing, work schedules, other stressors going on in the barn and set up the hind gut for success!

Chris Huppe is an Applied Equine Podiatrist located in the Northeast United States. This white paper is intended to offer assistance to anyone interested in this topic, but is not intended as medical or veterinary advise. Please contact your veterinarian before making any changes to your horses’ feeding schedule. This paper may not be replicated without expressed permission from Chris If you would like to contact Chris please feel free to reach her at 860-560-6706 or via email at chris@oilybulldog.com.

The things we tell you are for your education and information. We don’t diagnose or advise or provide medical treatment. We offer options. We offer education. You should become educated in your own healthcare and make your own decisions. Don’t disregard professional medical advice or delay seeking medical treatment because of something you have read on this website. This information is not intended to diagnose, treat, or cure any disease. Information here is an option for your consideration and wellness development only. 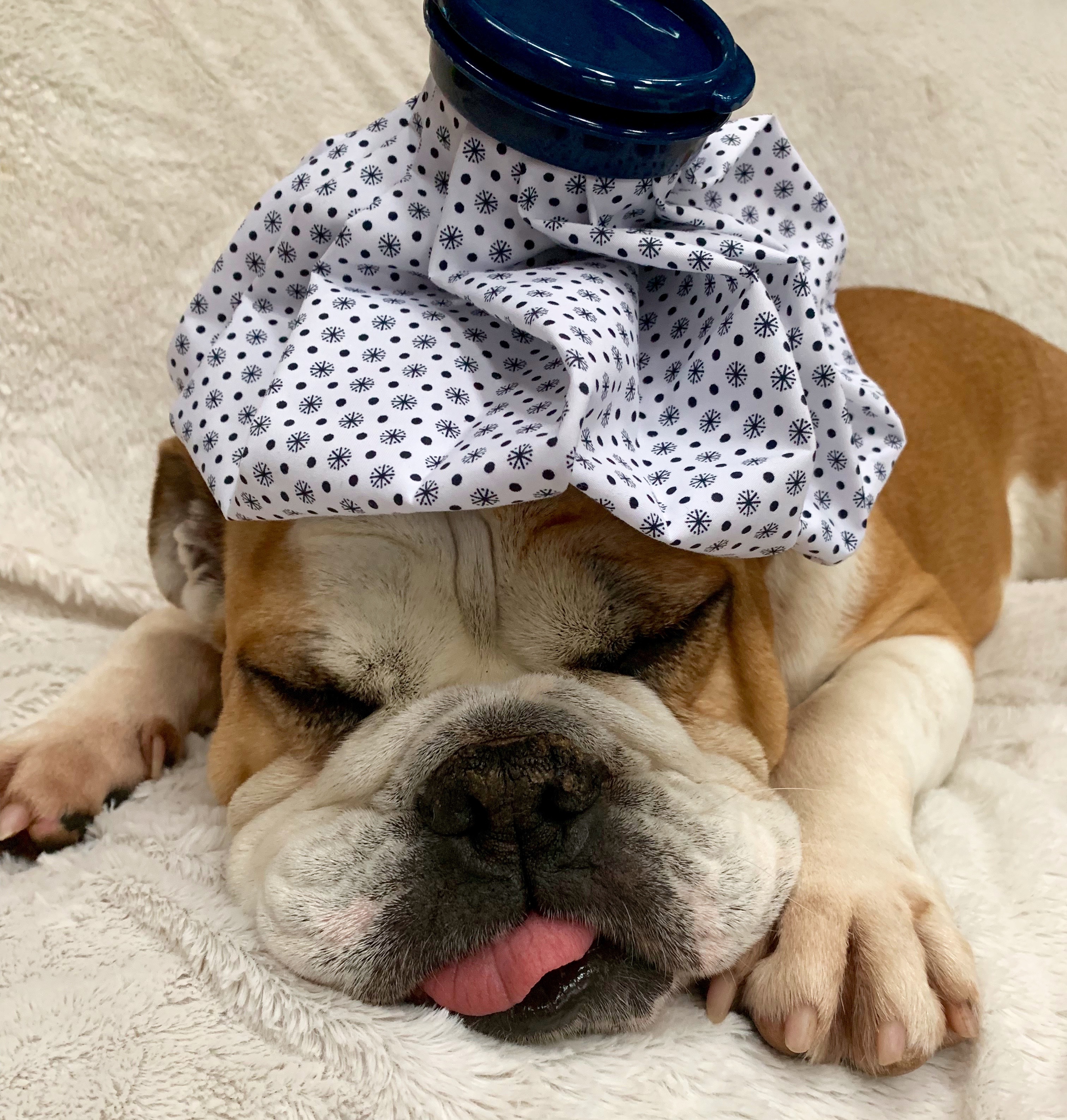 Wait! Before you go..

We'll only send you info that we think you might like after visiting our page.  We offer classes, digital courses, free webinars, information, updates, and even free raffles once in a while just for fun!  We don't share any info with outside sources-that would be rude.

We're here for folks who want what we've got...real, practical, useful, honest, researched information about using pure essential oils for the health of you and your pets!